Family is safe but beloved pet is still missing

A Summit Park family lost their home and almost all their possessions to a fast-moving fire on Friday, but as of Tuesday their biggest concern was for their 8-year-old dog, Roxy. None of the family members were home at the time of the blaze but their two dogs and a cat were inside. One of the dogs and the cat escaped without injury but Roxy, a black-and-white, blue heeler-mix is still missing.

The homeowners, Brett Taylor and Jessica Stabrylla-Taylor, and their two children are asking the community for help finding her.

According to Jessica, Roxy has been sighted since the fire. “So we do know she got out. She came back to the house but there was so much commotion with the fire engines and people, she darted away.”

She added that Roxy has been with the family since she was adopted from an animal rescue organization when she was a puppy. 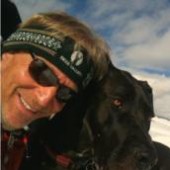 Report a Lost or Found Pet